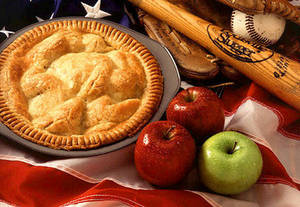 A FAIR PROCESS TO BECOMING A TEAM OWNER?

“Somebody’s property being seized was un-American. There are core values in this country and fairness is one of them…..I think everyone deserves a second chance.”

So – is Major League Baseball (MLB) still as American as apple pie? It largely depends upon its commissioner’s preferences at the time, who serves at the behest of MLB’s 30 team owners.

The question needs to be asked as to whether the presiding Commissioner of MLB, Bud Selig, makes such major decisions such as on team ownership based upon sound business acumen or subjective reasoning influenced by his personal relationships, such as with specific MLB team owners or individuals who potentially could become owners.

END_OF_DOCUMENT_TOKEN_TO_BE_REPLACED

As the Mets limp home after an awful 2-5 West Coast swing–including a four-game sweep by the lowly Padres–the calls for Willie Randolph’s managerial head will undoubtedly get much louder. Unfortunately, it’s really not his fault. Willie is no Miller Huggins, but he’s a solid game manager who relies heavily on his veterans. And as last September proved, these overpaid “clubhouse leaders” are not to be relied on. You would think that throwing the NL East into the toilet last season would teach them a lesson. It didn’t. Unless Willie Randolph and general manager Omar Minaya make some changes, this last season at Shea Stadium will go down as the worst in Mets history, which is really saying something. The main culprits in a bad group: Billy Wagner, Carlos Beltran, and Carlos Delgado.

END_OF_DOCUMENT_TOKEN_TO_BE_REPLACED

This season has been a trying one thus far for Gotham’s baseball faithful. With the Mets and Yankees both floundering around the .500 mark the idea of a postseason sans New York has become a very real possibility. And the events of this past week, for the teams on both sides of town, have certainly left a sour taste in the mouths of those taking a bite out of Big Apple baseball.

END_OF_DOCUMENT_TOKEN_TO_BE_REPLACED

Intervention; it’s my new favorite TV show on A&E. For those of you unfamiliar with the show, go to the website and watch an episode, but for the sake of today’s intervention and the spirit of saving time, here’s how they describe the show:

“The Intervention Television series profiles people whose dependence on drugs and alcohol or other compulsive behavior has brought them to a point of personal crisis and estranged them from their friends and loved ones. Each Intervention episode ends with a surprise intervention that is staged by the family and friends of the alcohol of drug addict, and which is conducted by one of four Intervention specialists.”

Each episode begins with the addict introducing him or herself in front of the camera, spelling his or her name, and telling the audience what his or her addiction is. So let’s roll the tape of today’s special episode…

“My name is Tim…T-I-M. And I’m addicted to crack-cocaine.”

This is Tim’s story.

END_OF_DOCUMENT_TOKEN_TO_BE_REPLACED

“How did you go bankrupt?”
“Two ways: gradually, and then suddenly.”
-Ernest Hemmingway, The Sun Also Rises

Thank you for doing the impossible.

Thank you for flooding the headlines and monopolizing the morning news.

Thank you for securing your own special spot in history and diluting ours.

Thank for liberating us from the stigma that has been emblazoned on our psyches since October 21, 2004.

And mostly, thank you for finally disencumbering us from the toxic ownership of “the biggest collapse in Major League Baseball history.”

END_OF_DOCUMENT_TOKEN_TO_BE_REPLACED

It’s the halfway point of the major league season, and the elite teams are starting to separate themselves. Many clubs, such as the Brewers, Red Sox, and Angels, are already running away with their respective divisions. The Mets, Tigers, Indians, Padres, and Dodgers are facing greater competition in their divisions, though they all should make the playoffs. But which of these teams has the best shot at winning the World Series? It’s a loaded question, but I gave my best shot at ranking them. Here are the eight teams that can win the World Series.

END_OF_DOCUMENT_TOKEN_TO_BE_REPLACED

Break out the peanuts and Cracker Jacks, it’s time for the 2007 Major League Baseball season to begin. With that in mind, there are some of the top burning questions, along with those wild and wacky picks of the season.

END_OF_DOCUMENT_TOKEN_TO_BE_REPLACED

There were many off-season transactions during the past months. Soon, every team in the Major Leagues will go into Spring Training with the players they already have, since most free agents have been signed. That is why I feel that now is a good time to look at some of the most important transactions made this off-season by a team that was champions of the National League Eastern Divsion and made it to the 7th game of the National League Championship Series, the New York Mets. The transactions mentioned will help to strengthen the Mets, in reaching the first round of the post-season and beyond.

END_OF_DOCUMENT_TOKEN_TO_BE_REPLACED

The New York Mets will enter the 2006-2007 season with many holes to fill. The main concern is the pitching staff because of the lack of depth. Can this Mets lineup carry their pitching staff into October?

END_OF_DOCUMENT_TOKEN_TO_BE_REPLACED

Recently, I wrote an article giving songs to some of the starting pitchers of today’s game.  Josh Towers, the now-demoted Oliver Perez, and the now-promoted Jered Weaver were just some of the names who were in sync with the songs I chose from my playlist.

So, we got relievers who enter the game to their choice of music.  We got some starters who had some songs hand-picked for them by me.  What about the teams?  (This time, I’ll go outside my playlist for a few of the songs.)

The Yankees have a song (“Here Come the Yan-kees”).  The Mets have a song (“Meet the Mets”).  What about some of the other teams?  What songs can I give them?  Read on….