Here we are, the conference finals. Just eight more wins, and you can live a lifelong dream. Eight more wins, and you complete Mission 16W. Only four more teams are alive to finish Mission 16W, the Buffalo Sabres, Ottawa Senators, Detroit Red Wings, and the Anaheim Ducks. Buffalo had to dispatch a tougher than advertised New York Rangers team in six games, while the Senators easily dispatched the New Jersey Devils.  On the other side of the coin, the Red Wings had an easier time with the San Jose Sharks then many had thought, while the Anaheim Ducks took care of the Vancouver Canucks in just five games.How will the teams stack up? Let’s start in the east.

For the entire season, we have been singing the praises of the Buffalo Sabres, while the Senators took some time getting out of the starting blocks. This rivalry was kicked up a notch in the regular season, with back-to-back brawls.

Why Ottawa will win

Dany Heatley, Daniel Alfredsson, Jason Spezza, or Ray Emery could easily win the Conn Smythe this year. The Heatley-Alfredson-Spezza line accounted for eight of the twelve goals the Sens scored in round two. Meanwhile, Ray Emery has look nothing short of brilliant in the playoffs. Antoine Vermette and Chris Neil have been arguably the best two defensive fowards in the playoffs, after dominating New Jersey. Anton Volchenkov and Chris Phillips still have a few kinks to work out, but they have been pretty solid throughout the playoffs. This will be a very even series on paper, from the future all-star goaltenders all the way down to the talented fourth lines. The keys for Ottawa, stay out of the box, and make sure that the brawling stays in the regular season. Also, they have the weight of an entire nation on their backs now they can’t buckle.

Why Buffalo will win

On the other side of the coin, the Buffalo Sabres have also gotten Hall-of-Fame goaltending from Ryan Miller. It’s easy to say this may be a low scoring series throughout. Character counts, and that what the Sabres had against the Rangers with five of the six games being decided by one goal, and three of those five by scored of two to one. Guys like Daniel Briere, Chris Drury, Thomas Vanek and Maxim Afinogenov have to step up their scoring if the Sabres want to break through against the tough Senators. Their defense will also have to carry a ton of weight, as they were a huge help in not just scoring, but in stopping some of the league’s best talent on the New York Rangers. Their defense will be the key for Buffalo, after shutting down Jagr, Shanahan, and Hossa last round; they have to deal with Spezza, Heatley and Alfredson.

This is why the NHL reseeds after every round. Are you listening NBA? This will be the premiere match up in the playoffs, bar none. It might not be the Stanley Cup Finals, but there might be more drama in this series. On paper, you can’t get more even. Ottawa has the weight of a nation on its back. Look for the Senators to win in seven games.

The Detroit Red Wings, at least in my book, came in as the most overrated number one seed in playoffs history. Lucking out to get Calgary in round one, made many so-called experts, including myself, doubt they would last past round two. Yet, here they are, dispatching San Jose in six games. Meanwhile, Anaheim has had a prim rose path so far. They had an easy time against the Wild, and then cruised past the Vancouver Canucks.

Why Detroit will win

The Wings seem almost destined to head to the Stanley Cup finals. Many thought that their offense was going to be their major Achilles’ heel heading into the playoffs. Yet, this couldn’t be further from the truth. The truth about Detroit’s offense is the same as it was eleven years ago. When they need it, it shows up. Tomas Holmstrom, Pavel Datsyuk and Henrik Zetterberg have clicked as a solid line. Meanwhile, their defense is as solid as ever. Nicklas Lidstrom is the Nick Lidstrom we all fear. Face it, when he’s on, Lidstrom is the best defender in the league. Oh, did I mention their Conn Smythe candidate, Domink Hasek? He hasn’t faced the onslaught of shots many would have thought, but you can expect that to change. The key for the Wings, score and have the Dominator be himself.

Why Anaheim will win

Anaheim may have been the best team in western conference. On top of that, the Ducks have their two-headed monster back. No, I’m not talking about Pronger and Niedermayer. After taking the end of the Wild series off, J.S. Gigure is back as the number one choice, as he has looked like Anaheim’s Conn Smythe nominee. That other two-headed monster, Chris Pronger and Scott Niedermayer, has also found their way. Coupled with Francois Beauchemin, the Ducks’ blue line has been a tough one to get across. Meanwhile, Samuel Pahlsson, Travis Moen and Rob Niedermayer has been one of the best defensive lines in the playoffs, while Teemu Selanne, Corey Perry, Andy McDonald, and Ryan Getzlaf all have emerged as Anaheim’s legit scoring threats. The biggest key for Anaheim is to shut down the Wings defensively.

Sure, it’s not the San Jose – Anaheim series everyone wanted, but this isn’t exactly chopped liver. The two teams that make the Stanley Cup finals will certainly earn it this year, with two of the toughest match-ups being in the conference finals. As for this series, Anaheim has the edge on defense, and that will be enough to propel them to another Stanley Cup finals. Look for them to win in seven games as well.

There you have it, after a 3-1 second round, and an 8-4 record overall the playoffs, I have Ottawa facing Anaheim in the finals. There will be many burning questions for this round. Can the will of a nation propel the perpetual underachievers? Can the “Dominator” win another cup? Are the Ducks and Sabres on a collision course? It’s time to kick back and watch the best hockey of the year. 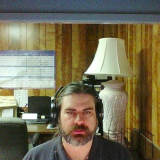 You know… normally I like to see the underdogs going far, but we’re in for some great hockey with the remaining teams.

I got Buffalo and Anaheim….I still think Emery isn’t that great…Buffalo has enough offense to challenge the Sens and all it’s gonna take is someone to get to Emery.

yeah I’m a Ranger fan, but also as a hockey fan, I’m not sad. These are two of the most evenly-matched series we could have on paper. Given, probably one goaltender will get hot in each series and they’ll be over in 5, but on paper, we have 2 great series.

I think Ottawa definitely can win this series, but they also can definitely get swept. Honestly, I’m not sure what will happen.

Title You spelled ‘conference’ wrong in the title.